As part of the 2017 Humber Mouth commissions programmes, Hull City Arts commissioned Ted Lewis Group to present ‘A Day in the Life of Ted Lewis’ to showcase his remarkable and far-reaching talents.

Monty Martin put pen to paper to give us an insight into Ted’s life and loves, and how the commission came together.

A Day in the Life of Ted Lewis

Ted Lewis, local novelist, artist and musician, died from lifestyle illnesses in 1982 aged 42. Despite significant achievements and influence, his name is sparely recognised, although a mere mention of the film and novel, Get Carter, evokes an immediate knowledgeable reaction. Hull City Arts decided to commission Ted Lewis Group to present ‘A Day in the Life of Ted Lewis’ which would showcase his remarkable talents at the Humber Mouth Literature Festival (2 – 8 October 2017).

Ted lived life to the full, unconsciously illustrating this by entitling his first novel, All the Day Long and All the Night Through (1965) but to do justice to his character, escapades, and talents required examination of more than event, appropriately in places early influences.

At Wilderspin National Heritage School in Lewis’ home town of Barton upon Humber, former friend, Nick Turner, (now nominated for North Lincs Council’s 2017 Volunteer of the Year) graphically illustrated their early life as neighbours and friends. Describing their youthful activities ranging over the South Humber Bank estuary with its deserted industrial landscape later described in Get Carter, he was supported by a comprehensive static exhibition and novel readings from Group members. These were followed a popular conducted Ted Lewis Trail with the alternative option to view The Beatles’ film, Yellow Submarine, for which Lewis was responsible as Animation Clean-up Supervisor.

The story moved on to The Minerva near Hull’s newly refurbished Fruit Market area. With a changed clientele, this popular respectable gastropub once boasted a colourful past in which Lewis revelled, a haunt of trawlerman, prostitutes and such Humber Ferry travellers as Ted who travelled across the Humber to study at Hull College of Art and Design, graduating in 1960. Visitors, including contemporaries, re-lived those heady days with Monty Martin (Chair of Ted Lewis Group) who presented heritage graphics, tales of the revolutionary freedom, jazz and Ted’s artistic and renowned prodigious romantic activities (“You only had to open a stationary cupboard door and out fell Ted with his latest girl”).

Hull School of Art and Design hosted a discrete and rare screening of Eric Barbier’s 2006 film interpretation of the Ted Lewis 1971 novel Plender, a dark tale of blackmail and corruption set in Hull and Barton. The story was explained by Nick Turner supported by novel readings from Group members and Hull University’s Matthew Crofts who later treated the select audience to a comprehensive explanation of noir writing and influences.

Finally, The Lairgate Hotel in Beverley hosted a packed audience, again including some of Lewis’s contemporaries (one of whom featured in his first book and was now visiting from Australia), who enjoyed excellent dining to traditional music from the resident New Orleans Climax Jazz Band. Ted Lewis had played piano in Hull’s’ renowned 1950s Unity Jazz Band and his friend and Unity trombonist, Ron Burnett, not only guested with Climax but reminded the audience of Lewis’s Unity’s life, entertaining throughout East Yorkshire. The icing on the cake was a donation by one visitor of an original signed Unity Jazz Band card, a remarkable artefact to end a success.

Ted Lewis Group can be reached at frankiesatthirtyfive@gmail.com and thanks Hull City Council for its sponsorship of a successful event. The Treasure House in Beverley will hold a Ted Lewis Exhibition from January 2018 in conjunction with the Group.

The school holidays are nearly over, the weather’s turning and the stress levels are cranked up to critical – it can only mean thing…

We’re looking forward to a different experience this year, part of a wider literature programme that’s taking over Hull and the East Riding. It kicks off with Contains Strong Language, our sister festival, moving on to Humber Mouth, East Riding of Yorkshire Council’s Out of this Word and closing with Hull Noir.

The full Humber Mouth programme is now available for your delectation, with brochures winging their way across Hull as we speak, and you can also peruse events and book tickets online at humbermouth.com. This year brings Will Self, Sara Pascoe, Monica Ali, Melvyn Bragg, Neil Astley and Sally Gardner – to name but a few – to join us for our 25th anniversary celebrations.

By October 8, you’ll have laughed, pondered, crumpled, argued, procrastinated and probably googled a lot of stuff – just your average Humber Mouth, then.

Wrecking Ball Press is also proud to be partners with the BBC in delivery of flagship spoken work festival, Contains Strong Language. Featuring The Unthanks and the haunting music of Molly Drake (mother to Nick Drake), Kate Tempest, Kathryn Williams, Dr John Cooper Clark and many, many more, it’s going to be an fascinating, inspiring weekend of words, voices and passion.

Book your tickets now – while you can! 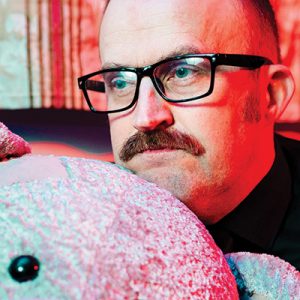 If you haven’t heard, Contains Strong Language will be running from National Poetry Day (28 September) to 1 October, with a diverse programme to please purveyors of all forms of the humble spoken word.

At the very heart of the festival is The Hull 17 – an ensemble of the country’s most interesting and diverse artists commissioned to create new work in the city throughout the duration of the festival. We’re delighted that our very own Dean Wilson forms part of this collective, alongside Kate Tempest, Jacob Polley, Imtiaz Dharker, Helen Mort and 12 more incredible artists.

Dean is currently poet in residence at BBC Radio Humberside until September 2017, and has joined forces with poet Vicky Foster to inspire the local community to send in poems about where they live. Called Landlines, the poems, written on postcards, will be hung from washing lines in Hull Central Library on Thursday 28 September to celebrate the start of the Festival. 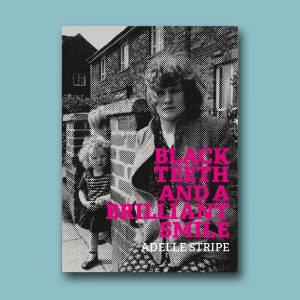