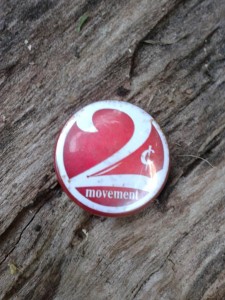 Wrecking Ball Press have teamed up with The Roundhouse and the BBC in a global project that will see Hull performance poet Joe Hakim travel to Trinidad & Tobago. Talking Doorsteps is for spoken word artists aged 16-25yrs and offers an accessible and interactive physical and digital community to share and platform work centered on the theme of HOME. Starting from next week, Joe will be observing and participating in workshops with young Caribbean poets before returning home and working with young Hull poets, then bringing the two artistic communities together for a performance in September as part of the “Contains Strong Language” Poetry Festival, which will be programmed by the BBC and Wrecking Ball Press. Joe will be writing daily blog entries so we can follow his progress. Here’s the fifth instalment:

Before I go any further, I have a proposal. Of the many, many foods I have stuffed into my face during my time here, one of the most familiar is the Alloo Pie. Now the Alloo Pie is not a pie as we know it. It’s not a pastry; it’s actually made of mashed spud, seasoned with spices (one of which is cumin, I believe) and then coated with a kind of batter and fried. Sounds familiar? Pattie, anyone? With that being the case, I think we should arrange some sort of food twinning as opposed to a town twinning. The Pattie-Alloo connection; you know it makes sense.

Anyway, it turns out that the previous day’s school performance was just a warm-up. Jean Claude picked us up nice and early. Hurtling along the Macoya highway, the main artery for traffic heading into and out of the Port of Spain, we pass the huge flag of Trinidad and Tobago flapping in the wind, flanked by the massive billboards that feature strangely white faces guzzling various sugary juice drinks and rum-infused beverages, and the Coca-Cola bottling plant. Men with carts filled with fruit and water patrol the embankments, waiting for the traffic to sufficiently slow so they can peddle their wares from car-to-car.

As I said in my previous blog, performing in front of kids makes me all kinds of nervous, so you can imagine the state I was in when we rolled up to Carapichaima West School and discovered we were performing in front of the entire school. Jean Claude informed us that the school was one of the poorer schools in Trinidad. All the kids were assembled in an outdoor area and we arrived to find the event in full swing. Hosted by Marcus and Denika, two of the younger members of the 2 Cents Movement, I was immediately struck by just how professional and slick they were. They whipped the crowd up with poems that involved audience participation. They hosted and performed with an assured style that belied their youthful appearances, and here I was flapping like a wounded seagull.

I took to the stage, ably introduced by Marcus. “Does anyone here like football?” Huge cheers. “Does anyone like the Premier League?” Another chorus of cheers. “Has anyone heard of Hull?” Confused murmuring. “Hull, as in Hull City, the Tigers?” A cheer of recognition.

I have to admit, I’ve never really been a massive fan of football. Although liking football and music is not mutually exclusive, I’ve always used to pride myself on being an alternative sort at school, choosing to spend my time soaking up books and culture (and cigarettes if I’m honest) rather than sport. But one of the things that I’ve discovered is that football really is an international language, so performing a poem that includes references to the KC Stadium and the Tigers has really helped bridge the cultural divide, and given me an ‘in’ with the young people of Trinidad.

After taking to the stage and utilising my “Er ner” shtick (I hate to admit it, but this has also been invaluable in introducing myself) I performed the poem. What happened next blew my mind. After the concluding line, “We are Tigers/now hear us roar,” the kids roared back at me. Unbelievable. Just … unbelievable.

After I finished my routine, Debris took to the stage and blew the roof off. Debris’ style is very much grime influenced, and she can switch back and forth between spitting and a more traditional poetical delivery with ease, all the while incorporating movement and dancing. They went wild, and after the set, Denika did an accent swap with Debris, each of them taking it in turns to mimic each other’s accents by swapping slang and local turns of phrase.

After the performance, a bunch of girls came over to Debris to take selfies and get autographs. Trinidad has quite a macho, patriarchal culture, so seeing them respond so positively to Debris was really heartening. It was like a rock-star had arrived in their midst, and from their sheer exuberance, it was clear to see that they saw Debris as a role-model.

After the performance, we returned to the Cafe Mariposa to prepare for the evening’s workshop. Yesterday was concerned with the written aspect of poetry, but today we would be focusing on the performance aspect. Debris started the session by taking a set of characters and situations, prompts such as ‘Perform as a prisoner on death row’ or ‘Perform as an excited child’ or ‘Perform drunk’ (That was the one I felt most comfortable with, funnily enough). She then put them all into a hat and jumbled them up, and we split off into pairs. In our pairs we took it in turns filming each other performing in the style of whatever we’d picked. I partnered up with Ashley, and we performed drunk, without blinking and in the style of a newsreader. The ‘without blinking’ one was the most difficult. Turns out not blinking in the baking Caribbean sun is really, really difficult.

As we reconvened into our circle, Debris elaborated on the purpose of the day’s session. It was about ‘liveness’ – responding to the environment and circumstances during the performance, and then incorporating that into the performance itself. As she succinctly put it: “If you were performing on stage and a cat strolled on, you would have to acknowledge it, otherwise the audience would spend the rest of your gig looking at the cat.”

Following on from this, we engaged in an exercise where we got into groups of three. One of the three had to try and perform a poem while answering simple maths questions posed by one of the members, while simultaneously mirroring the physical movements of another. While it might seem pretty mad, the idea of the exercise was break regular patterns, to be able to think on your feet so to speak, so that if you find yourself distracted, or make a mistake, you learn to adapt on the spot and incorporate it into the performance. It also really makes you focus if you’re learning a new poem.

Once the exercise was over, we got into a circle again and discussed the role of emotion within delivery. Debris shared one of her poems with us, and then discussed the circumstances that led to her writing it for four minutes. We got into pairs again, and were encouraged to do the same. I partnered up with Denika, the very talented young poet I mentioned earlier, and we ended up having a really intense and enlightening conversation.

A major reoccurring theme that runs through all of the 2 Cents poets’ work is the notion of representing the real Trinidad and confronting its problems head on. It’s very easy for tourists and outsiders to just see the surface of Trinidad, the paradise that is promised in the travel brochures; the lush tropical beaches, the fresh coconuts and the balmy climate, the scrumptious food, the dense foliage and exotic wildlife. And for a large part of the Trinidad experience, this is absolutely true. But once you start to peel back the layers of the image that is presented to the outside world, a very different picture begins to emerge. Some of the inner-city areas of Trinidad are wracked by of massive levels of crime. Gang violence is at peak levels, and gun and drug related crime is a real problem. This year alone (and don’t forget we’re still in January) there have been around 30 brutal murders. And a large proportion of that violence is directed at women.

Denika identifies herself as a feminist, which in Trinidad is a very progressive thing to do. So much so that she has to take a lot of shit. She explained to me that a lot of the time the criticism she receives is quite subtle, designed to make her question herself and undermine her beliefs. People (usually men but not always) try to call her out over the subjects she writes about, with a common line of attack being of the ‘Why do you only write about women’s issues, what about men?’ variety. It was fascinating to hear such honesty. Despite the distance between us – geographically and culturally – we connected on a deep, fundamental, human level, so I gave her the only advice I know how to give: stick to your guns, keep moving forward even if it’s lonely and painful at times; because if people attack you or abuse you because of what you’re saying with your art, it’s because they see you as a threat, which means that what you’re saying is vitally important, and needs to be heard.

It restores my faith in humanity to know that people like Denika and the 2 Cents Movement are out there on the front-lines, showing the youth of Trinidad that drugs and guns aren’t the only path that’s available to them, that there’s another way to live. She has a big heart and a sharp brain, and she, like all of the of the 2 Cents crew, are the leaders that the youth of Trinidad so desperately need right now to educate and inspire them. It’s going to be a long, arduous journey towards the light, but I truly believe the healing process has begun, and it’s the spoken word movement spear-headed by Jean Claude and rest of the collective that is tending to the wounds.

After the workshop was over, Marcia and Ayinde from the Mariposa took Debo, Pip, and myself down to the steel-drum site at the foot of the hills so we could hear them practise. I’ve spoken before about the road that leads to Lopinot, the long, twisting, winding path that was originally laid for horses, which has only just begun to be improved for cars and buses. Marcia told us about how she and her sisters would often turn off their headlights and navigate the perilous journey using only moonlight. Ayinde decided to give us a quick demonstration by flicking off the lights but not slowing down. I’m not embarrassed to admit that we all screamed.

We arrived at the practise just as the steel band were warming up. In fact, calling them a band does them a dis-service – it was a full-on orchestra. I’ve heard steel drums before, but never so many played in unison. The sound and vibrations generated by the symphony shook me to my core, resonated throughout every cell in my body. As I sat there, watching all the young people working together to create such a powerful noise, it felt good to bask in the beauty of Trinidad, its people and its culture.