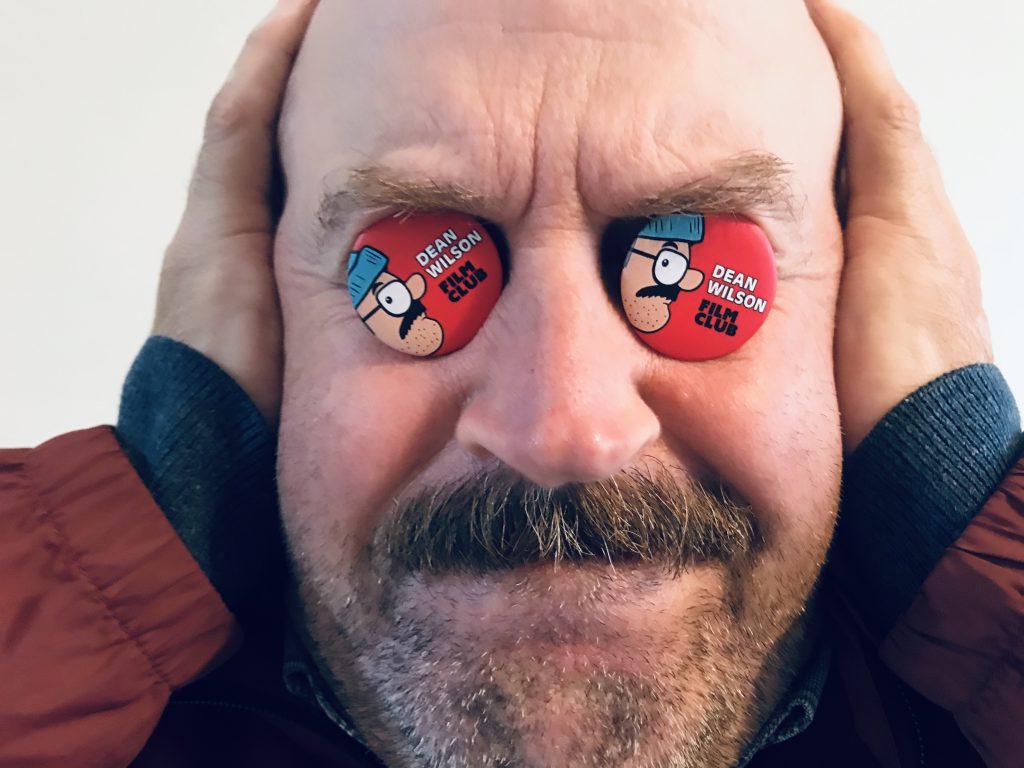 Wrecking Ball Press is overjoyed at the news that the Dean Wilson Film Club is about to become a reality.

Dean is the self-titled fourth best poet in Hull and the second best poet in his beloved Withernsea. He collects pebbles off the beach and posts them on twitter, and writes poems that make your sides burst with laughter one minute and have you crying into your handkerchief the next.

Wrecking Ball Press has published three collections by Dean: Take Me Up The Lighthouse (2020), WITH (2018) and Sometimes I’m So Happy I’m Not Safe On The Streets (2016) and he also appears in The Reater.

Earlier this year, Back to Ours hosted the online premiere of Dean and Dave Lee’s short film East Coast Fever. There was so much love for it that Back To Ours decided to ask the dynamic duo to film some more of Dean’s poems to create what the world has been waiting for – the Dean Wilson Film Club.

To access tune in to Back to Ours’ facebook and twitter streams at 9pm on the last Thursday of every month for a proper Dan treat and, in addition, get your dabbers ready for a game of bingo.

Ahead of the Dean Wilson Film Club launch, and between those monthly Thursdays, stock up your shelves with Dean’s three Wrecking Ball Press titles by visiting the links below.

Take Me Up The Lighthouse