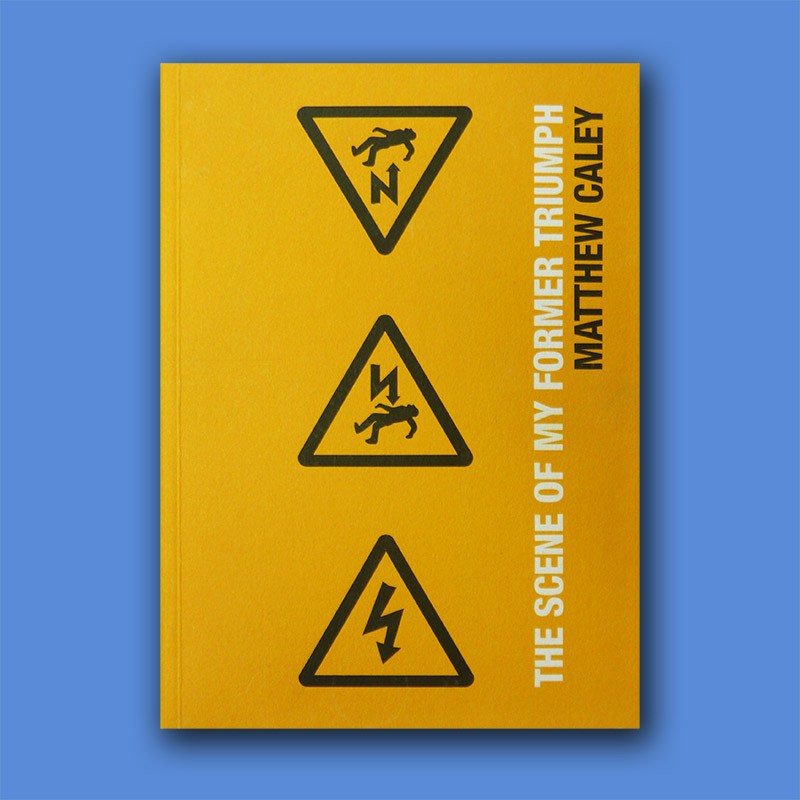 The Scene Of My Former Triumph

Matthew Caley’s debut Thirst [1999] was nominated for ‘The Forward Prize For Best First Collection’ and much acclaimed: “shaped and honed to a mosaic brilliance” – Ken Smith.

“Thirst is a joy -comic, witty, even touchingly poignant” – Time Out.

This second collection ‘The Scene Of My Former Triumph‘ extends his patrol across the liminal borders between urban myth and the myth of pastoral escape.

“One tour-de-force is welcome in a collection, there may well be a dozen in this one. Formally outrageous, culturally light-fingered, Matthew Caley’s vision and wit make for poems that turn a wondrous, great lamp on the inter-relatedness of all things. In doing this, he aims to stretch English to its full, muscular extension. Caley is a rare beast, an important poet yet to be discovered by his true readership, which is to say everyone. Read this encomium of delights and be glad.” – John Stammers

“From the first page to the last the book crackles with linguistic inventiveness – an attempt to capture the fractured, disorientating quality of 21st century life. Again and again as I devoured The Scene of My Former Triumph I found myself scratching my head and wondering why such an assured and inventive writer is not better known – hilarious and heartbreaking.” – Mark Guinness, Magma

Matthew Caley is a London-based poet who has published three book-length collections: Thirst (Slow Dancer, 1999), The Scene of My Former Triumph (Wrecking Ball Press, 2005) and Apparently (Bloodaxe Books, 2010). He has also co-edited Pop Fiction: The Song in Cinema with Stephen Lannin (Intellect, 2005). In a previous life - in Newcastle - he designed record sleeves including Prefab Sprout's debut, Swoon.