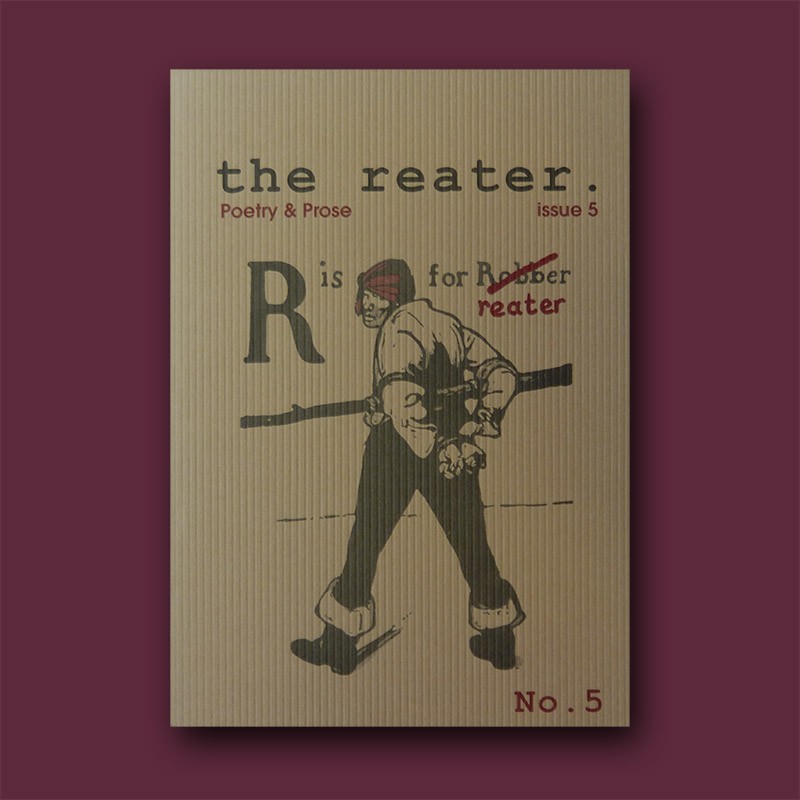 “The Reater seems to carry on a colloquial poetic conversation between the east coast of Britain and the west coast of America with readers and writers listening in from many points in the middle. Much of the work it publishes has the rare quality of language overheard, avoiding the preached at spoken to told off stuff that sometimes characterizes grander or more traditional work.” – Simon Armitage

The streetwise slab-sized Reater is streets ahead of any other magazine in giving the reader a working report on the buzzy special relationship between British and American poetry. The new writers it generously showcases in each chunky issue are often as startlingly original as the more familiar names. All are in touch with our times as well as with our selves.” – Neil Astley

No Author assigned to this book