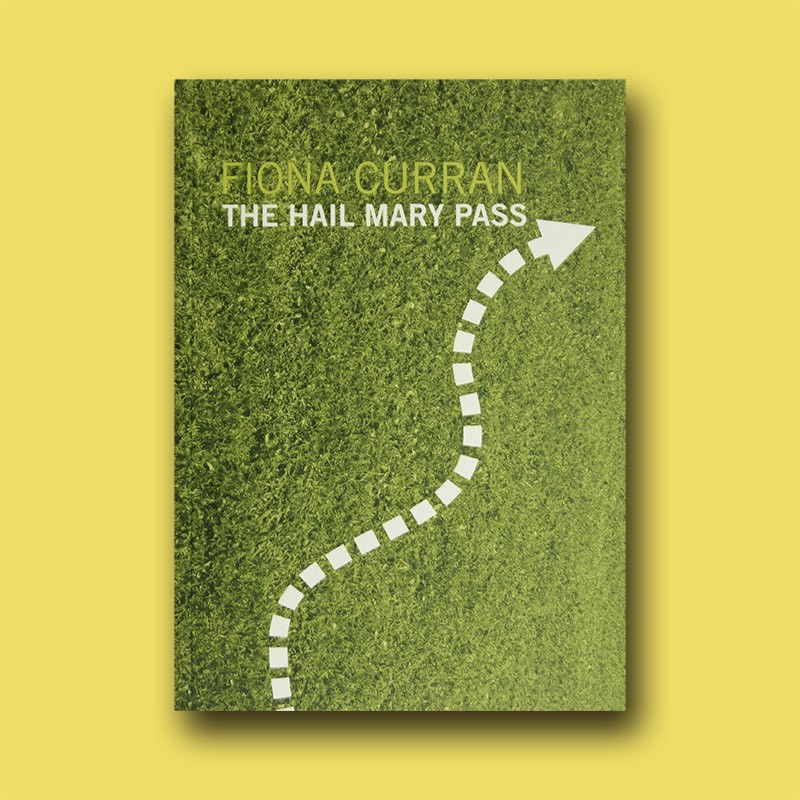 The Hail Mary pass is an American football term. It is used when a ball is thrown blind in the vague hope a receiver will make the catch and deliver a last minute victory.

‘Fiona Curran is a bright and fiesty northern voice. She treads the landscape of the urban and the domestic, from the smokey fug of the betting shop to the lavendar scent of the bathroom. I like Fiona’s poems because she writes about real people who truly exist and whose lives and wine-fuelled loves I can believe in. I just love this. “The Hail Mary Pass,” is spunky, sexy and brash. This is a belter of a debut and I very very much look forward to the next verse.’ – Wilton Carhoot; Editor of The Slab.

Fiona Curran is a HOD in Film, TV & Animation at UoG in rural Gloucestershire. A poet, sonic artist and filmmaker, She holds an M.A. in Creative Writing from the University of East Anglia. As a poet she has both performed and been published widely in the UK & Ireland. Following a 20 year career in Film & TV as a sound designer, working for, amongst others, C4, BBC, Granada, LWT, Working Title, Film 4, Hallmark, and HBO, Fiona struck out as a sonic artist and she has presented sonic works at the RedSonic Festival, Car Boot Art Fair, and at the Literary Kitchen. Her films have been shown in galleries and at screenings, nationally and internationally. Her readings have become multi media "performances" in themselves and currently she is working on a film which will utilise poetic conventions once again - this time to illuminate the everyday goddesses that populate all of our lives. The women you know. Never Try to Outswim a Bear is her second collection with Wreckingball Press.