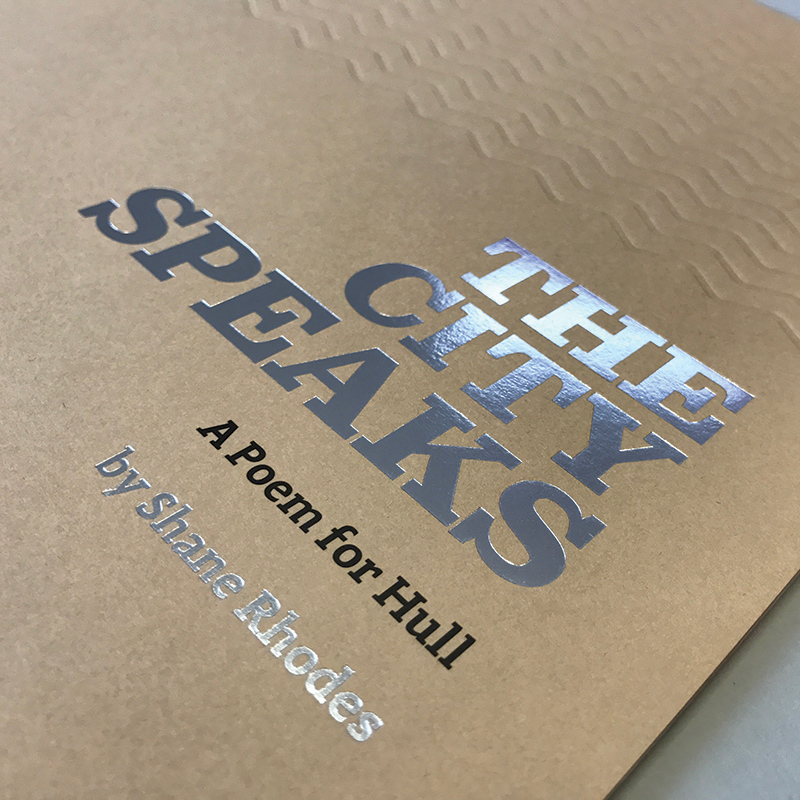 The poem that opened Hull’s UK City of Culture celebrations can now be taken home as a beautifully bound limited edition book.

The City Speaks by poet Shane Rhodes, reflects on Hull’s history and its people and is now engraved in Hull’s newly paved Queen Victoria Square. Local author Russ Litten says “the words will now last another lifetime, but their sentiment will chime in the hearts and minds of our citizens for generations to come.”

Shane Rhodes, was born and raised in Hull and although he has lived in different places he’s always come back to the city. Those who have read or heard The City Speaks poem have said how much it has moved them and made them feel proud of their roots.

“The poem’s themes of identity and sense of place have struck a chord and have given voice to a sense of pride in the city. In essence, it is my love poem to Hull”.

Our vision for this book was clear from the outset. We wanted a book which would embody the best of Hull and creating the poem became a journey of discovery which has enabled us to produce something which celebrates the beauty of the printed word, local creative talent and pride in the city and its people.

This beautiful volume was designed and curated by Graham Scott from Human Design.