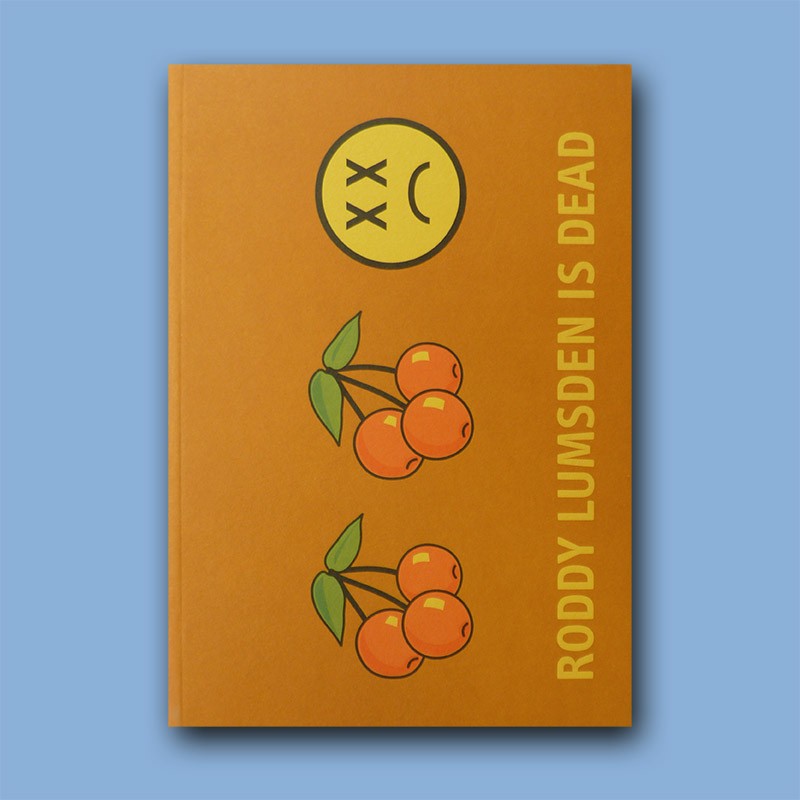 With his exuberant and otherworldly poems, Roddy Lumsden has quickly established himself among Britain’s leading younger poets. In this his third book, the filmic tour de force of the title sequence, by turns comic, tragic and fantastic, follows the twists in a maze of madness, love and self-deception, from Edinburgh to Stoke Newington via the Philippines. The collection’s second half brings together new work with some favourite pieces which show why Lumsden is such a popular reader on both the literary and performance circuits.

“One of the most promising poets to have emerged (in the past decade). Lumsden has a nimble wit, formal elegance and great energy. He also has an appealing line in self-dramatization… anyone with the chutzpah to do that is woth watching.” – Poetry Review

“There’s no pinning down Roddy Lumsden. He’s made of mercury. He slithers and flashes, falls on the floor and screams, re-groups in a string of shining droplets, which coalesce before your eyes into a buttonhole for Oscar Wilde… No matter what we are thinking about him, we may be sure he is thinking faster about us. Lumsden is a 21st century wit. He’s hip… Louis MaNeice comes to mind. From the moment you set out with him, going south… it’s a thrilling ride.” – Hugo Williams, PBS Bulletin

“In poem after poem, one is aware that no-one, not even Lumsden himself, has written anything like this before… (He is) one of the very few poets whom one can plausibly compare with Auden… (He) has a temperamental affinity with Auden in that he understands instinctively that writing a poem is, first and foremost, a performance…” – Laurie Smith, Magma

Roddy Lumsden (born 1966) is a Scottish poet, who was born in St Andrews. He has published five collections of poetry, a number of chapbooks and a collection of trivia, as well as editing a generational anthology of British and Irish poets of the 1990s and 2000s, Identity Parade.

Lumsden received an Eric Gregory Award in 1991. His first book Yeah Yeah Yeah was shortlisted for the Forward Prize in the Best First Collection section. His second collection The Book of Love was a Poetry Book Society Choice and shortlisted for the T.S. Eliot Prize and The John Llewellyn Rhys Prize. Roddy Lumsden is Dead followed in 2001, then Mischief Night: New & Selected Poems which was a PBS Recommendation and, in 2009, his fifth collection Third Wish Wasted, poems from which were awarded the Bess Hokin Prize by the Poetry Foundation.

He lives in London where he teaches for The Poetry School. He has done editing work on several prize-winning poetry collections and is currently editing the Pilot series of chapbooks by poets under 30 for Tall Lighthouse. He is organiser and host of the monthly reading series BroadCast in London. In 2010, he was appointed as Commissioning Editor for Salt Publishing.