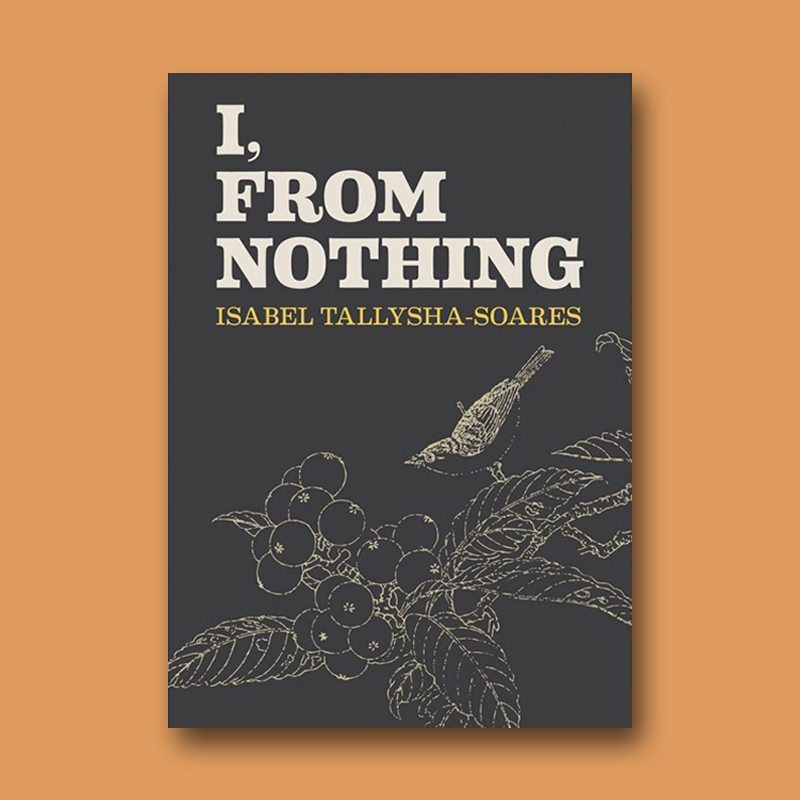 Luísa from Nothing, born Matilde Boshoff in 1911, is the last living heiress of Nothing, a vast estate in the wine countryside north of the Portuguese capital. Without heirs of her own, the only way to save Nothing from the nothingness of disappearance is to accept living. In anonymous company, Luísa tells the story of Nothing and the paradox of a place name that nullifies existence. Luísa is also a non-existence, with a name she never took but in which she has lived from birth.

Going back to the early 19th century when Nothing was created out of the chaos of the Napoleonic Invasions, Luísa traces the story of her family and its intersection with Portuguese and world history in a place where oddities and unpronounceable possibilities were always as natural occurrences as ghosts and werewolves. After a life of losses and brushes with the unfathomable, Luísa realises Nothing is her own eternal self.

Based on true events and characters…

Isabel Tallysha-Soares is a Portuguese-German author who writes pseudo-fiction and whose début novel was Eu, do Nada (the Portuguese edition of I, From Nothing). She subsequently published two other novels in Portuguese, Da Gaveta (The Drawer) and O Homem Manso (The Tame Man) which are, for the most part, fictional renditions of true events and characters. Professionally, she is an internationally-published, award-winning academic whose most humbling achievements include the presidency of the International Association for Literary Journalism Studies and the vice-presidency of the Institute for Social and Political Sciences of the University of Lisbon (Portugal). You can follow her on her social media platforms and watch her documentary-style channel on YouTube, House of Tallysha, where she talks about books and takes viewers to the various geographies of her novels and travels. She lives not far from the original, real-life, Nothing for nowhere else are there such sublime skies of blue…