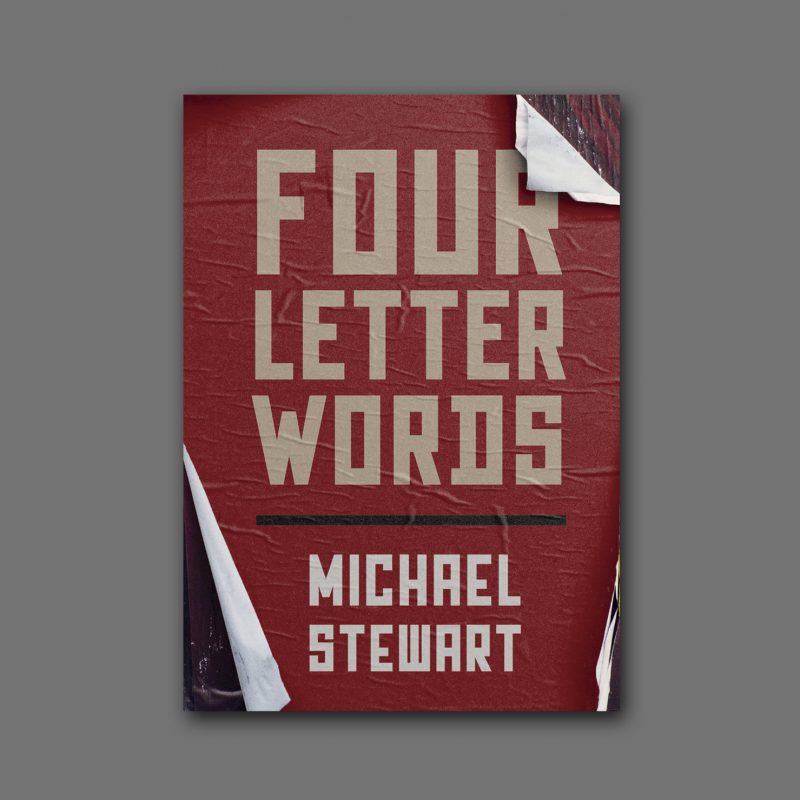 A book in two halves:

Work explores what paid employment is for many people now: deadening, grinding and underpaid. A barmaid who has to put up with being sexually abused as part of her job, a sex worker who finds out just how far she will go to raise the money she needs to see her son, a painter and decorator who only sees white, a beggar who goes too far, and an office worker who discovers his boss has a skeleton in his closet.

Home explores dysfunctional domestic settings. A single mum who has to hand over her child to a violent ex-boyfriend, a woman driven through loneliness to form a relationship with her vacuum cleaner, and an unusual coupling between an advertising exec and a homeless girl. For some home offers little respite from the toil and tyranny of work.

Stylish and unsettling with a seam of black comedy running throughout the collection, Four Letter Words is a baker’s dozen of modern urban noir that offers responses to a number of contemporary concerns such as homelessness, addiction and sexual exploitation.

Michael Stewart is a multi-award-winning writer for radio, TV and theatre, a novelist and a short-story writer. His novels include King Crow and Ill Will: The Untold Story of Heathcliff. He is Head of Creative Writing at the University of Huddersfield and editor of Grist Books. He is also the creator of the Brontë Stones project, four monumental stones situated in the landscape between the birthplace and the parsonage, inscribed with poems by Kate Bush, Carol Ann Duffy, Jeannette Winterson and Jackie Kay.