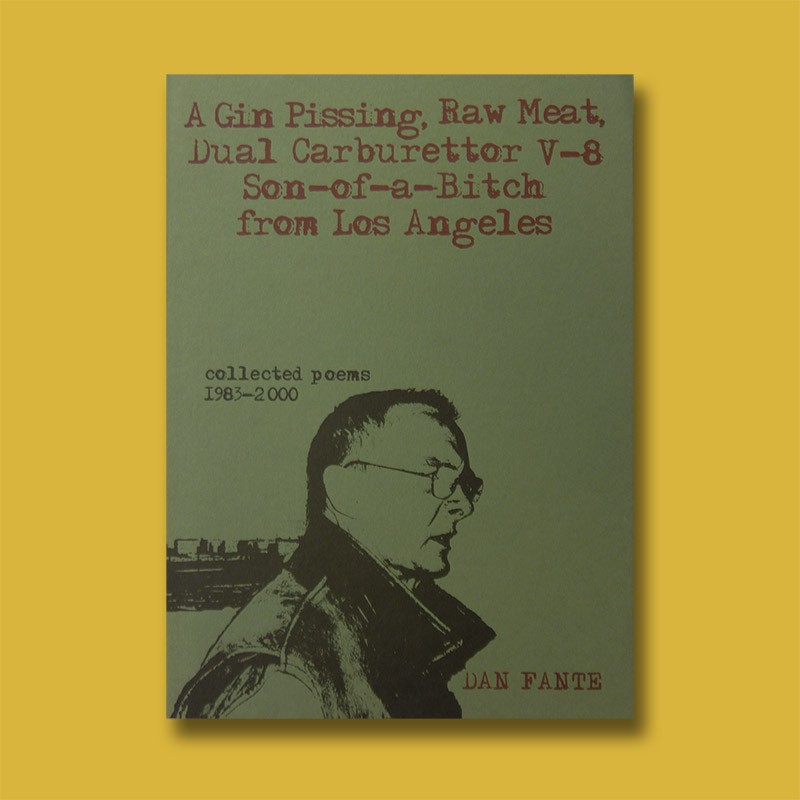 “Italian writer and director Pier Paolo Pasolini once wrote that if a poet doesn't manage to scare his readers anymore, then it would be better for him to run away from this world. What kind of use can in fact be a tamed poet to the human race? Apparently, Dan Fante knows this well: his first collection of poems by the unpronounceable title, A Gin Pissing, Raw Meat, Dual Carburattor V-8 Son-of-a-Bitch from Los Angeles, shows that he literally aims with his works not only to scare, but also to scar his readers, biting their minds, hearts and souls with his words: indeed, Dan Fante's poems are a poetic ebb and flow revolving on the readers conscience…” – Erasing Clouds

“Dan Fante knows a thing or two about surviving America. If you like your prose vodka-soaked, soulful and bleeding on the page, then Fante is your man. He has lived a life that would kill most people -acute alcoholism and drug use, poverty, divorce, suicide attempts, therapy – yet has survived to pick up the pen and tell the tale. Dan Fante isnt some two-bit, woe-is-me tortured writer, this is the real deal.

His words cut through the whole sorry façade, make you feel alive, make you want to smash up the room. His word tears each page a new arsehole. Here is a writer whose work is immediate, outlandish and as downright sick and self-obsessed as any musician, and all the better for it; a writer whose works stand alongside Celine, Hubert Selby Jr and Knut Hamsun as modern confessionals from the gutter.” – Ben Myers