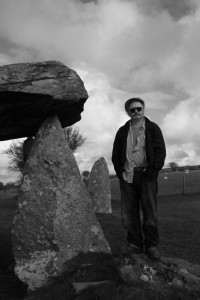 Ever since his first novel lit up the literary skies at the turn of the millennium, Niall Griffiths has been my favourite British writer by a country mile. At the time I read Grits I was living in a shared house very much like the one depicted in the book – a disparate community of bright minded waifs and strays brought together by disparate circumstance and a shared passion for hedonism under difficult circumstances. Like Colm and Liam and Mairead and Maggie, ours was a life scorched bright by a relentless succession of ecstatic highs and rendered dark by the resultant grubby comedowns. The characters in Grits and the turbo-charged prose that painted their inner and outer worlds in such vivid colours captivated me to such an extent that I fancied for one brief moment that Griffiths may have been peering through our window and taking notes.

The other works followed and I lapped them all up like a thirsty man kneeling at an oasis. To my mind, nobody else was documenting life in modern Britain with such an intense and unsparing eye for the telling detail. So much of the stuff offered up in the guise of new and vital modern writing was falling from my hands with a barely suppressed yawn. This, though, this was proper gear, the real deal. By turns harrowing, heart breaking, holy and hilarious, these books were like lanterns of truth in an otherwise murky landscape and they made my brain fizz with delight.

So it is with an enormous sense of pride and privilege that we present for the first time the collected and selected published poetry of Niall Griffiths. Red Roar documents a life lived raw, a mind that illuminates the dankest corners of existence and a voice that never ceases to ring anything but clear and bright and true. We have presented the poems more or less as they arrived, a continuous stream of verse scrolling across the pages, one long song of the heart written on the run, dipping in and out of a life lived hard and well if not always wisely.

As someone once remarked, Niall Griffiths is an actual literary star. To that I would add that he’s also one of the brightest and most beautiful of souls currently lighting up the pages of this gorgeous fucked up world with awe and rage and wonder.

Long may he burn.