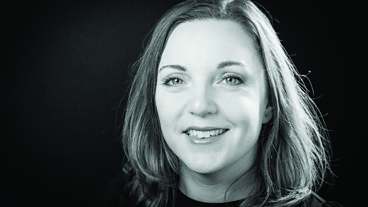 Hull’s Whitefriargate is the inspiration for a new poem that will be unveiled on the historic street on National Poetry Day on Thursday (7 October).

Vicky Foster, Whitefriargate’s poet-in-residence for 2021, has written a new poem, drawing on the street’s rich history and its long-standing role in the story of the city and the people who live and work there.

Vicky said: “It was important to me to write a poem that captured a sense of both the history of the street and the spirit of the people who’ve built that history. But also, that the poem ended with the idea of possibility and thinking about what might come next, because history and identity are constantly changing and we get to make choices about what happens next and how we take care of our places.”

The poem will be stencilled on the pavement at 6 locations along Whitefriargate for National Poetry Day on Thursday 7 October.

Two short films made by Wrecking Ball Press will also be released for National Poetry Day – one of Vicky reading the poem (which will be available to watch in Trinity Market) and one of her talking about the inspiration behind her poem. Both films can be found online via the Humber Mouth website after 7 October.

Councillor Rosemary Pantelakis, portfolio holder for culture at Hull City Council, said: “Whitefriargate is a key part of our heritage. The historic street is one of the most recognisable and much-loved places in our city, so it’s fantastic to see projects like this unearthing stories and celebrating its rich history.”

Whitefriargate has been at the heart of the historical, cultural and contemporary life of Hull’s people. Whether this relates to the city refusing entry to Charles I in 1642, its part in the Glorious Revolution of 1688, Wilberforce’s role in the abolition of slavery, or the various fashion trends and pop cultures of the swinging sixties, punk rock or house music eras.

Chris Collett, Public Engagement Manager for Historic England in Yorkshire, said: “Whitefriargate has a rich heritage, which has provided a great source of inspiration for Vicky’s poem. We are really pleased to be funding this project through the High Street Heritage Action Zone and look forward to experiencing this new tribute to the historic street.”

The project has been funded by Historic England as part of Hull’s High Street Heritage Action Zone (HSHAZ) and delivered in partnership with Humber Mouth literature festival and Wrecking Ball Press and forms part of the Community Engagement Plan.

Hull City Council has also been awarded a £100,000 grant from Historic England as part of the Whitefriargate High Streets Heritage Action Zone (HSHAZ) to create and deliver community-led cultural activities on the high street over the next three years.