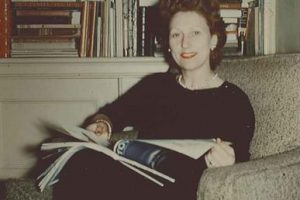 It was with great sadness that I heard about the death of Drue Heinz. Drue was a great philanthropist and supporter of the creative arts – Literature in particular.

In the winter of 1999 I had the honour of spending a month at her writers’ retreat at Hawthornden Castle in Scotland. As I remember, I came out of the experience with only one finished poem and lots of notes for others; but the freedom and space it gave me to think was invaluable.

Drue understood that the greatest gift you could give a writer was the time to write.