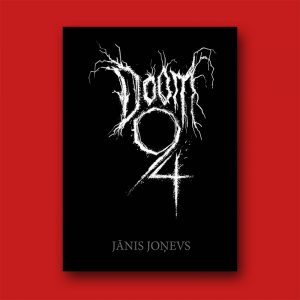 The translator of Jānis Joņevs Doom 94, published by Wrecking Ball Press, has received the 2019 Lillian Fairchild Award for her translation of the Latvian novel.

At the presentation ceremony, Rosemary Kegl, chair of Rochester’s Department of English, said the translation is a “remarkable artistic accomplishment,” adding “Her prose is equal to the immediacy of the voices of our protagonist and his new friends. The subtle shifts in perspective and tone that locate them within larger and longer personal and historical acts of rebelling, faltering, remembering, and forgetting.”

This is the first time in more than 80 years that the Fairchild Award has been presented to a literary translator. Previous winners have included visual artists, writers, choreographers, and composers.

As reported on the University of Rochester website, Kaija Straumanis said: “I wasn’t expecting to win. It’s almost surreal that I saw my advisor, Jennifer Grotz, receive the award several years ago, and now it’s my turn. By making people aware of translation, we’re bringing world voices into English and making world literature accessible.”

She added: “This is a book that spoke to a lot of people. I wanted this to resonate with people who were in the same generation as the author, in the States or around the world.”

Doom 94 was Jonevs’ debut novel, published first as Jelgava 94 in Latvia in 2013, and quickly proved to be a big hit and bestseller. Translated into 11 languages previously, Wrecking Ball Press presented it for the first time in English.

The story is set in the 1990s in the Latvian city of Jelgava and looks at the burgeoning craze during this decade for the alternative culture of heavy metal music. Jonevs takes the reader deep inside the world of music, combining the intimate diary of a youngster trying to find himself by joining a subculture, as well as a skilful, detailed, and almost documentary-like depiction of the beginnings of the second independence of Latvia–where Jonevs is the first writer to stir up memories of this period through a fully-fledged literary depiction.