Wrecking Ball Press
Posted Under: Interviews, Wrecking Ball Press
With Coketown recently published by Wrecking Ball Press, and The Observer lumping him into the new Brexlit movement in contemporary literature alongside Jonathan Coe, Ali Smith, Sarah Moss and Melissa Harrison, we caught up with author Barney Farmer about where the initial idea for his second novel came from, his vision for the book, his writing process, working with illustrator Lee Healey and the state of British politics. 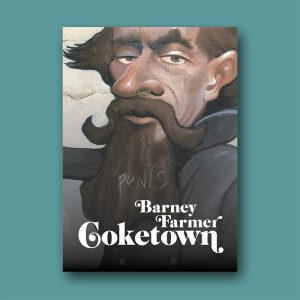