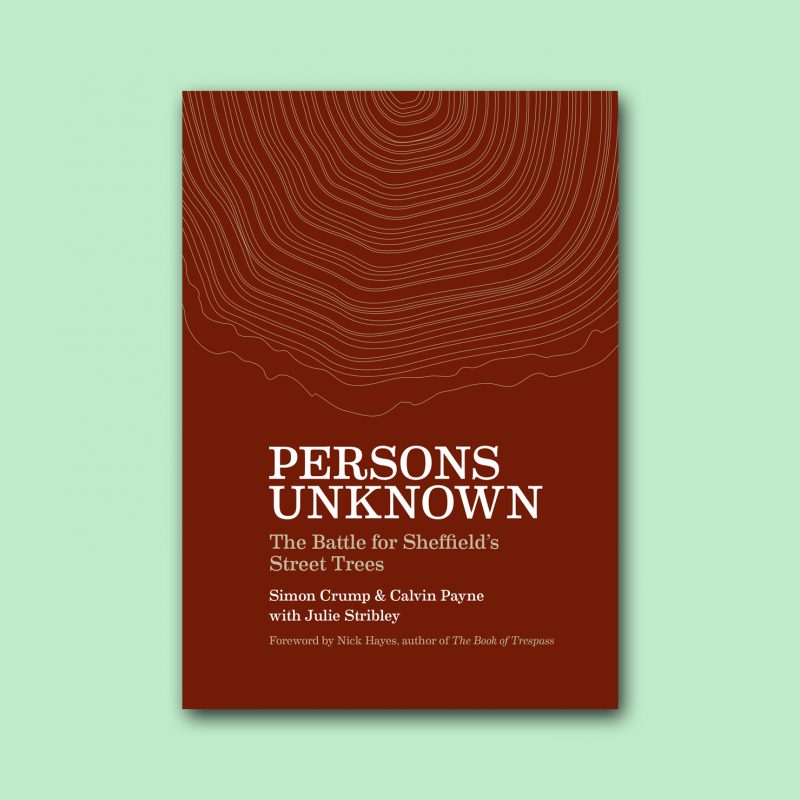 In 2012 Sheffield City Council and the Department of Transport signed a twenty-five-year contract with Amey PLC to renew the city’s highways in a programme titled ‘Streets Ahead’, costing £2.2 billion of public money.

That contract has never been made publicly available. As a result of persistent Freedom of Information requests, we now know that it includes the following clause: Amey ‘shall replace the highways trees in accordance with the annual tree management programme at a rate of not less than 200 per year so that 17,500 highway trees are replaced by the end of the term’.

For three years residents took ‘non-violent direct action’ (NVDA) to prevent the unnecessary felling of healthy street trees. This is their story, a story of ordinary people doing extraordinary things in the service of their community. All the chapters consist of original first-hand accounts of events from the perspective of people who were involved.

Calvin Payne and Simon Crump have deliberately stepped back from an authorial role, allowing their fellow protesters to speak for themselves, and often the stark truths told are all the more shocking for that.

Calvin Payne and Simon Crump both received suspended prison sentences for breaching a High Court injunction, brought by Sheffield City Council, to prevent peaceful direct action by protesters seeking to stop the felling of healthy street trees. Calvin is a community activist and local historian. Simon is a novelist and short-story writer. The book contains interviews with those who participated in the protests, transcribed by Julie Stribley, a member of STAG (Sheffield Tree Action Groups) and a full-time nature lover.